All calls are recorded for quality control and training purposes 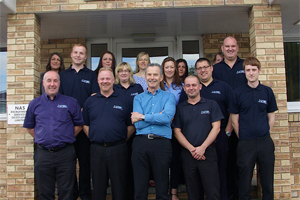 The team at NAS have a wealth of experience between them, covering many different sectors of industry and various aspects of the recruitment profession.

The company was founded in 2003 by a number of the senior management team of one of the biggest High Street recruitment providers for the transport and distribution sectors in the UK, and have added a number of other skilled and committed individuals to the team since then. 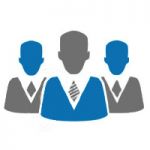 Gerry is responsible for the day-to-day running of the business, and for leading our customer service focus. Gerry joined NAS in 2007 after successful careers with major supermarket transport and warehouse operations, and with another recruitment business. Gerry has a wealth of knowledge and experience across the board.

Damian is the longest-serving member of the operations team, having joined the company in the summer of 2005. Before entering recruitment, he had many years of experience in both warehouse and transport management, primarily in the parcels industry.

Andy has been with the company since 2007 and has been delivering our Driver CPC training for the last several years. His background is that of a depot manager for a specialist third-party distribution company. He has extensive High Street experience, has held his Class 1 licence for many years, and has recently become a fully-qualified RTITB LGV training instructor.

James began his NAS career in the administration team, working part-time while gaining a degree in Business Studies. Having then worked extensively on our Agency Worker Regulations (AWR) compliance, he moved into a full operational role in 2012.

Lee's background is that of warehouse operations management for major blue-chip and High Street names, before moving into the recruitment sector with a major national. He has been with NAS since 2012.

Kim spent several years working for a national third-party logistics company, providing support for the distribution of well-known consumer brands. She initially joined NAS in an administrative role before taking up an operational position in late 2017

Lesley works in our Glasgow office in Rutherglen. She has been in recruitment for several years, specialising in high-volume warehouse and driving operations for major blue-chip third-party distribution companies.

Richard has extensive experience across the full recruitment spectrum, including the supply of construction and office personnel. His major field of expertise is also the provision of distribution and industrial staff to all sectors.

Last, but not least

Last, but not least, as you would expect, the NAS administration team, headed up by Office Manager Mandy Earle and supported by Linda, Rona, Matthew and Liz, has a wealth of experience and skill in all aspects of the running of a busy employment business, and are committed to ensuring that the business runs as smoothly as possible.